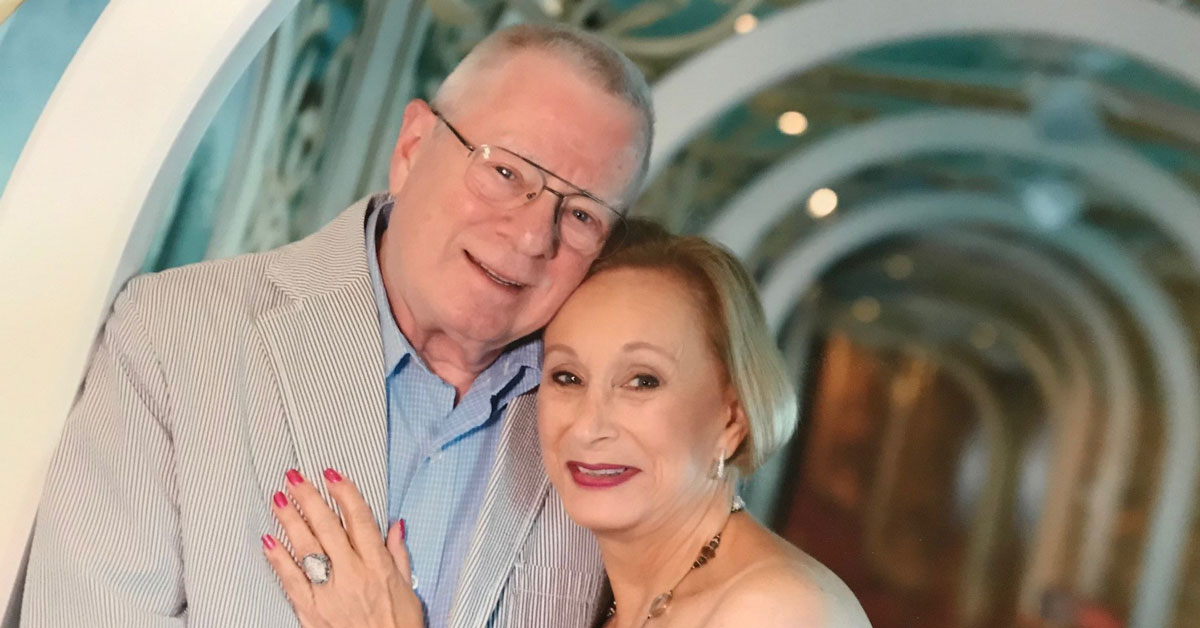 Heritage Pointe is pleased to announce we will be awarding our Lifetime Achievement Award to Dr. Melvin and Jacquee Lipson at a virtual gala on YouTube on Sunday, February 28, 2021. Jodi Greenbaum, Heritage Pointe’s Board Chair, comments, “It is our honor to recognize Mel and Jacquee Lipson for their tireless dedication to Heritage Pointe. Together, their lifetime work as leaders and mentors in the Jewish community has helped to build and sustain our institutions as they inspired others. I count myself fortunate to have benefited from their guidance, friendship and example of selfless service.”

Born, raised and married in New England, Jacquee and Mel Lipson, along with their four young children, came to Southern California and settled in Fullerton 50 years ago. That marked the beginning of this extraordinary couple’s dedication and devotion to the Jewish community of Orange County.  Most proudly, Jacquee and Mel are part of four generations of their family that have founded, supported and volunteered to making Heritage Pointe the special home it has become for countless Jewish seniors during the past 30 years.

They immediately began establishing new friendships and getting involved in the lay leadership of Temple Beth Tikvah in Fullerton. Seventeen years later, they moved to Newport Beach, joined Temple Bat Yahm and became active members of that community as well. Over the years, as Orange County Jewish life blossomed, Mel felt something was missing because there was no warm and safe environment for its aging parents – including his own. The Lipsons became vital participants in the founding of Heritage Pointe. The rest is history. With the valuable assistance of Mel’s business acumen, serving on the Board of Directors for 15 years, the dream of a permanent home for Jewish seniors became a reality in a relatively short time. Jacquee and Mel continue their passion for the home to this day. Longtime friend and community member Martin Brower remarks, “I first met Mel and Jacquee Lipson in the early 1970s and watched as Mel and Jacquee became an integral part of Jewish Orange County. They have stepped forward whenever leadership was required, and every time they took on a chore, they dedicated themselves fully to the task. They are an unusual couple in that they never say “no,” never step away from a challenge, and always see it through to completion. They have been a major asset to the development of meaningful Jewish life in Orange County. Moreover, they are both really bright and deliciously sweet individuals.”

The Heritage Pointe Lifetime Achievement Award recognizes exemplary contributions to the Jewish community for service, leadership and charitable contributions. Beth Slavin, Director of Philanthropy for Heritage Pointe, says, “Jacquee and Mel Lipson are the quintessential couple who are most worthy of receiving this award. It is Heritage Pointe’s honor to mark this recognition for Jacquee and Mel’s lifetime endeavors. They will uniquely leave their indelible stamp on our collective cultural and social causes within the Jewish community.”

Invitations for patron sponsorships to attend the virtual gala will be going out toward the end of the year. For those wishing to honor the Lipsons and participate on the event committee, please contact Beth Slavin at bslavin@heritagepointe.org or by calling 949.276.6232.

For those who need some level of support to live their best lives, Heritage Pointe inspires independence and wellness through an extraordinary lifestyle, high-quality care and rich traditions. It’s a trusted, joyful community offering a lifestyle filled with possibilities – wherever a Resident may be on their senior living journey.

Our one-of-a-kind, nonprofit community is open to people of all backgrounds and faiths. Our mission is focused on our Residents and their independence, health, safety, comfort and happiness. Heritage Pointe has deep roots in this community and is committed to providing Residents with the best possible lifestyle and care both now and well into the future.